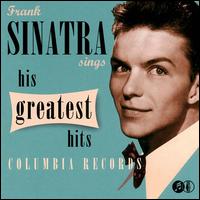 This album makes an excellent introduction to Frank Sinatra’s music.  It’s not a perfect collection, but it features some great songs from the 1940s and early 1950s.  There are a few alternate versions and previously unreleased tracks included. I would recommend this album over the more popular Sinatra Reprise: The Very Good Years if you only want a single disc Sinatra collection, and also over the bloated box set The Best of the Columbia Years 1943-1952.  However, The Capitol Collectors Series and Frank Sinatra’s Greatest Hits are also good collections for later time periods (picking up both of those along with Sings His Greatest Hits would provide a fairly complete overview of his entire career — they cover basically non-overlapping periods).

Interesting aside:  did you know that “The House I Live In” was the title song to short film Sinatra starred in that was organized by the communist party?  Or that as a consequence of those sorts of activities he was barred from performing for troops during the Korean War?

Professor Michael Schwalbe wrote an essay entitled “A Brief for Equality.”  The basic thrust of his argument is a good one: liberal insistence that egalitarianism is too extreme is really about maintaining certain inequalities, which are not morally justified.  However, there is a curious flaw in his argument.  He writes:

“equality would produce a flourishing of creativity and constructive diversity. The cultivation of talent that is possible now for only the privileged few would be possible for all. What’s more, an equal sharing of resources would by no means hinder the appreciation of virtuosity. There would in fact be more virtuosity and accomplishment to appreciate.”

Why is this a logical flaw?  Well, there are different types of capital (as a sociologist, Schwalbe should be well aware of these concepts; though they appear in fiction too).  Yet his brief is written only in regard to economic capital.  He asserts that a better society flows from equality of economic capital.  But he then praises an inequality of cultural capital (virtuosity, accomplishment).  Why is it that the liberal position that relies on a core of (economic) inequality is wrong but Schwalbe’s reliance on a core of (cultural) inequality is better?  He does not address this point about second level (cultural) hierarchies.  This seems to be a flaw in his underlying theory — by failing to account for different types of capital, and associated hierarchies, his argument lacks persuasiveness.  Really, this is perhaps a pure expression of ideology, revealing the disavowed assumptions behind his argument.  It is somewhat customary for academics to have more cultural capital than economic capital.  So does Schwalbe’s argument really amount to self-interested promotion of the type of capital that he possesses over that which he does not possess?  And will inequality of cultural capital simply reproduce inequalities of economic capital over time?  These are the lingering doubts clouding his argument, which is far more self-interested than it admits.

Link to an interview with Michael Scott Christofferson conducted by Daniel Zamora:

“The anarchist denunciations of [state power] from Foucault to James Scott are less worried about transnational monopolies than about the (now defunct) Soviet party state or even the social-democratic nanny state. And as for the intellectual and cultural polemics, they always end up denouncing Marx and Marxism. I think these battles on the left are unproductive politically and intellectually . . . .”

Bonus links: Interview with Sam Sinyangwe, Campaign Zero (mostly good ideas, with some flaws:  the persistently proposed requirement that “community organizations” nominate civil servants/overseers is flawed [would the KKK qualify as a “community organization”?  If not, then which groups?  And who decides which groups?], and the “fair union contracts” aspect includes important points but then goes too far [banning contacts that allow officers to “receive paid leave or remain on desk-duty during an investigation following a police shooting or other use of deadly force” is anti-due process and anti-worker]; lastly, “unconscious bias” research is still in its infancy and relies on many troubling ideological assumptions [the research has its own bias of the cognitivist and/or liberal variety: “PC anti-racism is sustained by the surplus-enjoyment which emerges when the PC-subject triumphantly reveals the hidden racist bias on an apparently neutral statement or gesture“] making it difficult and premature to implement as a mandatory process).

Link to an article by Michael Perelman:

Link to an article by Debra Cassens Weiss:

“How ‘Loyalty Effect’ Plays Out Among Supreme Court Justices”

Link to an article by Danielle Paquette:

A classic of the silent era.  Epic in proportions yet simple in story, this has influenced countless films that followed.  Some (Elysium (2013)) are practically remakes.  The special effects were groundbreaking.  This — along with the likes of Brecht/Weill‘s The Threepenny Opera and Döblin‘s Berlin Alexanderplatz and even Hilferding‘s Finance Capital — represents one of the great achievements of Weimar Germany.

Link to an article by Linda Gordon: 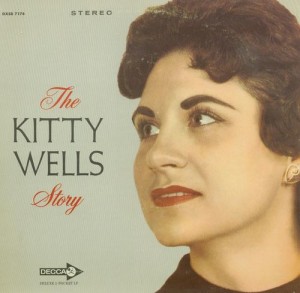