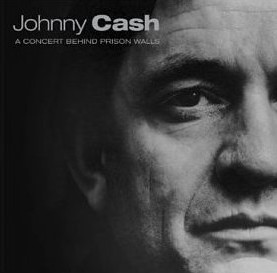 A 1974 TV special recorded at Tennessee State Prison and hosted by former Folsom Prison inmate Glen Sherley was titled “A Flower Out of Place.”  It featured Johnny Cash and others.  Cash had been instrumental in securing Sherley’s release from prison, and famously performed Sherley’s song “Greystone Chapel” for the legendary At Folsom Prison recording.  Decades later the TV special was released on DVD and also on this CD, retitled A Concert: Behind Prison Walls.  Sherley is excised from the performances on the CD, and it’s credited only to Cash.  Roy Clark (of Hee-Haw fame) is here and plays some mean guitar.  Cash is not in good form, and is just kind of going through the motions.  This show was set up on kind of a big stage and has none of the intimacy of Cash’s 1960s prison albums.  TV or no TV, if you count this as another Cash “prison album” it was his fourth within six years, which you could easily say was beating the concept to death and you would probably be right.