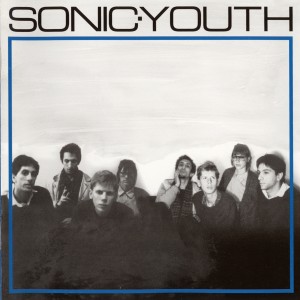 Sonic Youth’s debut (at about 24 minutes in length, straddling the line between an EP and LP) might shock listeners who came to the band much later.  It is pretty firmly rooted in New York City No-wave punk, reminiscent of DNA and Glenn Branca — especially his The Ascension.  Noisy yet anthemic guitar riffs are nowhere to be found here.  Instead, the record is dominated by wide-ranging drums and ironically monotonous bass.  There is a sparseness here that the band would pretty much never return to.  Elements of this sound hung around for some of their early recordings like Confusion Is Sex, but (not coincidentally) disappeared by the time the band broke to a national audience with EVOL, Sister and Daydream Nation.  They reappeared only for brief changes of pace and coloring on much later (and, not coincidentally, somewhat unpopular) albums like NYC Ghosts & Flowers.  All that historical stuff aside, this record holds up pretty well decades later.  It might not be the most original of no-wave albums, but anyone with an inkling of interest in the sub-genre should get a kick out of it.