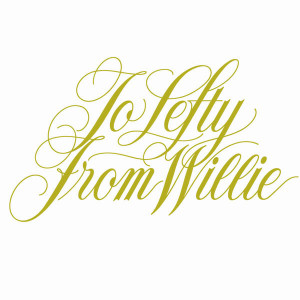 For those who don’t know the story, Willie Nelson got his first big break in Nashville in the early 1960s as a songwriter, penning big hits for Patsy Cline, Faron Young, etc.  He also maintained a career as a solo performer, but with less commercial success.  Labels like RCA signed him more to gain access to his songwriting than for his performing abilities.  After some period of years, he developed associations with New York based record labels, relocated to the Austin, Texas area, and brought together the conservative, redneck country music crowd with the liberal, hippie rock crowd.  He struck gold with The Red Headed Stranger, his first album for Columbia records, in 1975.  The rest, as they say, is history.

Willie’s idea for a follow-up to the smash success of The Red Headed Stranger was to record a tribute album to honky-tonk legend of the early 1950s Lefty Frizzell, To Lefty From Willie.  The record executives in New York City didn’t agree with the choice, and shelved the album.  Willie went back to the studio and recorded the excellent — if under-appreciated — The Sound in Your Mind, which was released in 1976 as the proper follow-up to The Red Headed Stranger.  Columbia also released a gospel album in late 1976 recorded way back in 1973 for Atlantic Records, The Troublemaker.  After editing out a squeaky drum pedal from the recordings, Columbia eventually released To Lefty From Willie in 1977.  Willie sings alright, if not at his best, and his sister Bobbie provides some excellent honky-tonk piano, but it’s hard not to see that the New York executives had a point in balking at the album.  It’s a fairly low energy outing, held back by unambitious performances by the backing band, especially the persistently cartoonish bass of Bee Spears.  This was recorded with Willie’s touring band, who sometimes lacked both musical muscle and finesse.  It’s a fine enough album, in the end, but hardly the best Willie could do at this point in his career.  Choice track: “Railroad Lady.”