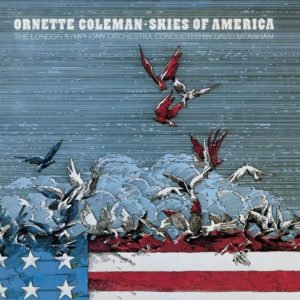 This album was an unmistakable signpost that Ornette was having what can only be described as delusions of grandeur.  The humility that was always one of the most attractive features of his music was receding.  In his early career he sought to find any avenues to pursue his music, first by finding musicians who would play with him, then to having paying gigs and some recognition by other musicians.  Those things seemed like enough for him for a while, though he was notoriously fickle about compensation and sought to sidestep the music industry through self-staged performances like the famous Town Hall 1962 concert.  Now he seemed to be seeking external validation and acceptance by the musical establishment, the general public, and the bourgeois.  These weren’t exactly humble goals.  By the end of the 1970s he seemed genuinely convinced (according to his mangers at the time) that he should achieve popular fame to equal that of any pop superstar, and also that he should earn millions of dollars (as he noted in interviews).  If these things don’t seem to bear directly on the music, a quick comparison of his recordings from a decade earlier reveal significant departures, and these are plausible explanations for them.

My own view of the album tends to vary widely depending on when I hear it.  I can listen to it and think that Ornette is a complete dilettante, and another time listen to it and think it is inspired if still hampered in how it was recorded.  My feelings are mixed.  I can say that I find a 1987 bootleg recording of a live Italian performance of a re-orchestrated version of the piece to be far superior to this one.