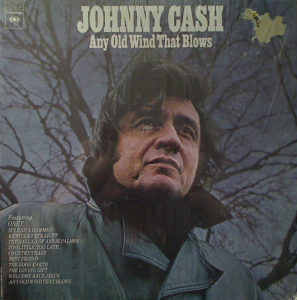 Weak songs, and very bland delivery.  Producer Larry Bulter dresses much of this up with strings, and the hollow, slick sound just passes by without making an impression.  The only surprise is the vague hippie-rock influence on “If I Had a Hammer.”  A re-recording of “Country Trash” on American III: Solitary Man is much superior.  Cash scored a few minor hits from the album, but in hindsight this is one of the least memorable of his early 1970s LPs.