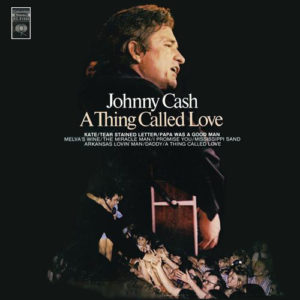 The best things on A Thing Called Love are “Kate” and “Mississippi Sand,” which isn’t saying a whole lot.  Elvis did a superior recording of the title track.  There is a general lack of really good material here.  The album also never seems to come together.  The approach to many of the songs is disjointed, with guitar parts draped with vocal choruses and strings that just don’t quite fit.  Cash also struggles to find a good vocal cadence for many of the songs.  Cash himself has claimed some of his work around this time was marginal because his focus was instead on his movie and album project The Gospel Road.  In the end this one is not bad, and marginally more interesting than Any Old Wind That Blows, but otherwise it is one of Cash’s lesser albums of the early 1970s.