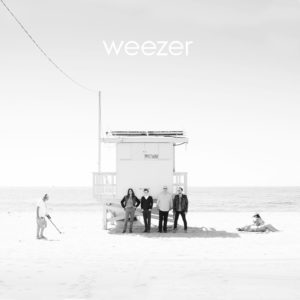 Weezer’s “white album” is about as good as anything they have ever done, which, admittedly, isn’t saying a whole lot.  This is pretty superficial stuff, lyrically especially, and the music is mostly just a reenactment of well-worn pop-punk riffs.  No highlights, and forgettable for the most part, but still fairly consistent from start to finish.