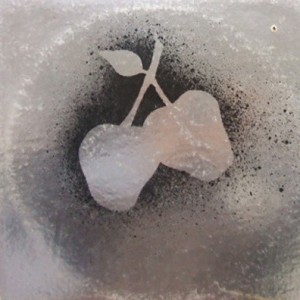 Few electronic music groups were as innovative and ahead of their time as Silver Apples.  The German Studio für elektronische Musik (WDR) was a a state-of-the-art facility that made music with electronic equipment starting in the 1950s.  But such a facility wasn’t exactly accessible for most ordinary working musicians.  So Silver Apples built their own “Simeon,” described as “a homemade synthesizer consisting of 12 oscillators and an assortment of sound filters, telegraph keys, radio parts, lab gear and a variety of second hand electronic junk.”  There was a U-shaped wooden box structure with a plywood top in which most of the equipment was mounted, with the performer (Simeon) positioned inside the U-shaped part as if in a cockpit.

The basic format of the music features repetitive drumming on a conventional rock drum kit (by Dan Taylor), electronic sounds, plus some vocals.  The vocals are quite of a piece with late 1960s psychedelia.  But what was really unique about this band and its recordings was the juxtaposition of the syncopated yet mechanical and repetitious drumming (“Dancing Gods” is even a take on drum-laden Navajo ceremonial music).  WDR recordings tended to come from an entirely different (and rather elitist) tradition, associated with important composers.  Silver Apples made music a bit closer to popular music — yet at the same time, unlike conventional pop music of the day.

“Oscillations” is the most iconic song on the album.  The drums set out the foundation of the song.  The electronics add commentary, seemingly reacting to the percussion figures but also slashing across it and adding other rhythms.  The falsetto vocals, which are very psychedelic but also offer an odd mix of medieval folk austerity and techno-futurist poetry, provide a semblance of melody.  Mostly the song suggest repeating, cyclic vamps.  This would end up becoming a dominant form of electronic pop music decades later — take away the vocals and “Oscillations” or “Lovefingers” could pass for a new release in the 1990s or 2000s.  Yet Silver Apples were mostly an underground phenomenon.

As innovative and groundbreaking as this music was, the album Silver Apples is a little rough around the edges at times.  Some of the songs are weak (“Velvet Cave”).  That is understandable given the lack of precedent for music like this.  WDR artists would spend up to months continuously revising their works, but Silver Apples obviously had no such luxury when it came to studio time.  They still manage to find a good balance between the electronics, drums and vocals (that aspect could have gone wrong easily).  The songwriting, in general, is not much of an attraction.  The lyrics are often downright silly (“the flame is its own reflection”), merely adding a kind of mood of a psychedelic Sixties “happening”.  But what is unique about the album is the way the music sidesteps the need for great songwriting.  The static rhythms and slowly modulating electronic noises hold seemingly opposite forces together in a kind of suspended state.  Actually, it works much the way a magician does: the drumming focuses attention, almost in a hypnotic trance, and then the electronics play around the edges of perception.  This music is intriguing and surprisingly listenable even without strong melody and no harmony to speak of.  Silver Apples remains one of the more unique pop albums of its time.