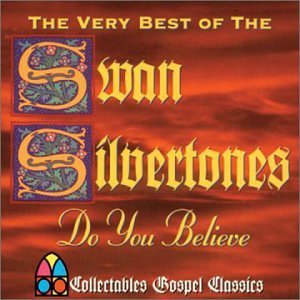 An inappropriately titled collection, given that this is by no means even meant to be a selection of the “very best” material recorded by The Swan Silvertones.  It actually is a reissue of It’s a Miracle (tracks 1-10) with two bonus tracks (11 and 12) from another (live) album added.  In that sense, people unfamiliar with the group looking for an broad introduction should steer clear of this.  Though there is no indication in the liner notes as to where any of this material originated, so naturally approaching this properly would be confusing.  Most confusingly, songs are renamed here compared to their original names, for no good reason.  The liner notes provide a history of the group, discussing the great Claude Jeter while failing to mention that he’s not featured here at all.  As for the music itself, things lean toward soul and even blues-rock in sound at times.  The last two tracks are live recordings from Walk With Me Lord.  Of those live tracks, “I Gave My Heart to the Lord” (better known to Swan Silvertones fans as “What About You”) is a bit too muddy in the recording to get excited about it, while “Walk With Jesus” is interesting in how its crazy, out of step guitar and piano pull you in and push you away at the same time.