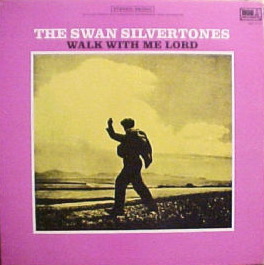 A live album recorded July 4, 1969 at the Baptist House of Prayer in New York City.  The sound is soul-inflected.  This would be the last album The Swan Silvertones recorded with longtime member Paul Owens — his feature “What About You” (renamed “What About Me”) appears early on.  It would be wrong to focus on any individual songs here, though, because this album is more importantly a document of a live performance that is really more than the sum of its parts.  There is a lot of talking and sermonizing in between songs, and “Pass Me Not” is more like “testifying” set to music than a proper song.  Often times the sermonizing segues to the song proper.  Clearly a great deal of practice is reflected in how the group transitions between different songs across the program.  What all this captures on record is the way the group could work up a crowd through multifaceted performance techniques.  And this crowd was clearly enthusiastic about the performance.  Gospel music may have been seeing a steep decline in popularity at this time.  But you wouldn’t guess it from the searing vocals of lead singer Louis Johnson.  This is a good one from the later years of one of the most important groups in gospel.