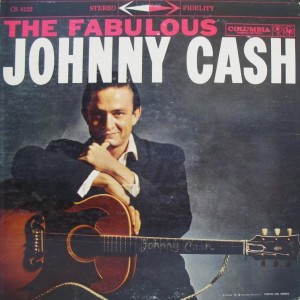 The Fabulous Johnny Cash was the Cash’s first full-length album for Columbia Records after leaving Sun Records in an abrupt and strained departure.  He more or less picked up exactly where he left off at Sun.  Every song is drenched in reverb.  He mixes in a number of melodramatic love songs, which he had started doing in his final days recording for Sun.  There also are more male backing vocals.  But Columbia was able to record Cash better than the tiny Sun, so his voice is cradled in velvety surroundings, sounding as smooth as it possibly could be.  The songs here are nothing particularly special, except for “I Still Miss Someone,” one of his best.  On the whole, the weaker songs hold this back a bit, but just for how the recordings and his voice sound it’s among Cash’s better efforts of the 1950s.  But The Sound of Johnny Cash and Songs of Our Soil are both similar albums that are each better overall.