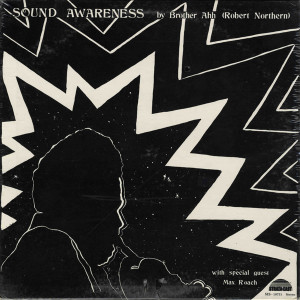 Robert Northern (A/K/A Brother Ah) was a noted French horn player and flautist who worked with Sun Ra, The Jazz Composer’s Orchestra, The Thelonious Monk Orchestra, and others.  Sound Awareness, his debut as a leader, features two side-long suites.  The first side employs a psychedelic echo/phasing effect like some of Sun Ra’s early 1960s recordings (Secrets of the Sun) blended with Third Stream compositional detail and refinement.  An Afro-conscious worldview is also at work, something with quite a bit of momentum in 1972, relatively speaking.  That is particularly apparent on the second side with a sort of rapped/spoken word recitation set against a percussive backing.