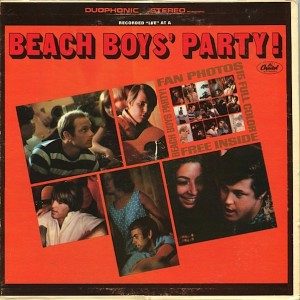 A better album than it usually gets credit for.  Not truly a “live” album, it was certainly a step up from their only real live album of the 1960s, Beach Boys Concert.  The whole thing seems quite influenced by the urban folk movement still underway.  This is the only Beach Boys album that could draw comparisons to Peter, Paul & Mary and the like.  But this is more carefree and juvenile than any folk albums proper of the day.