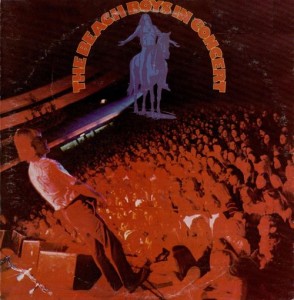 This one is a hidden gem of the Beach Boys’ catalog.  Probably not the best entry point for the uninitiated, despite the good song selection.  But this album is ripe for fans with at least a general familiarity with the Beach Boys’ previous recordings.  It’s one of the rare opportunities to hear a lot of the group’s best songs performed live.  And by best songs, I mean this set leans heavily on Brian Wilson penned numbers rather than the light pop and early 60s (s)hit parade that dominated their later years of touring and (*cringe*) recording.  That is somewhat surprising given that Brian was on his way out of active involvement in the group at this point (apart from the fact that he hadn’t toured with them in years).  Plus, Ricky Fataar and Blondie Chaplin were in the band here, and they were valuable members whose superb musicianship shouldn’t be overlooked.  They help make the renditions here of “Marcella” and “Leaving This Town” the definitive ones.  This might be my favorite of The Beach Boys’ 1970s albums.