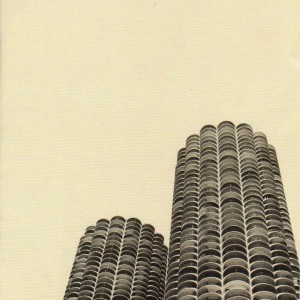 Bringing in their vision of post-rock to country-tinged pop, Wilco has delivered a pretty good album here. Back a few years, comparisons to Yo La Tengo or The Sea & Cake would be laughable. Nobody would be laughing at that today. The spare arrangements make insinuations to their meaning, no more. Wilco’s preoccupation with thinking this through has let them wander into places they never expected. That is fine, except the results aren’t that punchy. The songs have to jump back occasionally when they realize what is happening about them. Too often the record is a bit light in its songwriting. The high points “I Am Trying to Break Your Heart,” “Jesus, Etc.,” “Pot Kettle Black,” and “Poor Places” do make quite an impact. Elsewhere, the record strays into much pretension despite what still could be called good intentions. Producer Jim O’Rourke perhaps made the mix a bit conservative. Frontman Jeff Tweedy starts out strong, but I don’t think his songwriting holds up for the entire album. This is still a fine piece of work. Perhaps, though, it’s a dead-end for Wilco who have now done all they can in this direction. Yankee Hotel Foxtrot is instantly likable in a somewhat universal manner. Wilco’s real achievement here is making good music that reaches far beyond the insider niche markets where so many other ostensibly similar artists are stuck.