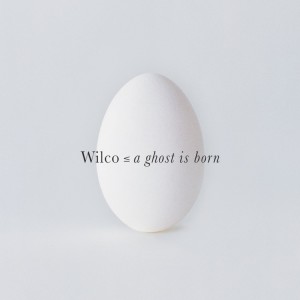 Wilco fully realized their new sound on A Ghost Is Born. Rather than tagging electronic effects onto songs songs that come from somewhere else, the group is making music out of that new sound from the start. Usually that describes a band is at its peak. That may not necessarily be the case for Wilco. The good news is that A Ghost Is Born has a level of proficiency unmatched anywhere on Yankee Hotel Foxtrot (Wilco’s prior effort). Their new sound is a precise tool. And, from time to time, the band can still call on their cantankerous, old-timey melodic sensibilities to make a point. The bad news is that Wilco’s new proficiency has quietly extinguished some of the wonder and excitement of previous efforts. At times, the group is operating in a fairly comfortable place. There, influences run rampant. “Spiders (Kidsmoke)” is little more than a tribute to motorik-style krautrock (bearing an unmistakable resemblance to old Neu! songs like “Negativland” and “Neuschnee”). “Less Than You Think” is like John Cage or Morton Subotnick compositions. Retro or not, the tributes happily resound with enough wit and punch to succeed. In general, the whole album is more durable than much previous Wilco material. Its greatest charms are far from obvious on a first listen. Understated, stately, and almost uniformly inspired, A Ghost Is Born is the group’s best album yet.