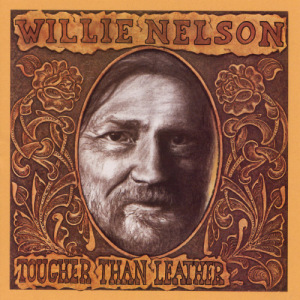 Anthropologist F.G. Bailey wrote in his book Humbuggery and Manipulation: The Art of Leadership (1988) that a leader has a need for an entourage, who make up a buffer and a sort of subordinate set of leaders to insulate the ultimate leader from the mundane.  But, such a leader must control his entourage, usually through strategic use of uncertainty and discord among the ranks.  If we take Bailey’s theories (right or wrong) and apply them to Willie Nelson, then maybe they provide an explanation of what went wrong in the 1980s.  Nelson developed a Pollyanna-esque “positive thinking” approach to life and steadfastly refused to focus his energies or attention on anything negative.  He did have an entourage, which between his backing band, drivers, bodyguards and assorted others, had grown quite large by the early 80s.  But his laid-back approach to life didn’t allow him any room to control this entourage.  So he was too often enveloped in a strange cocoon of celebrity.  His recordings, increasingly pop- and easy listening-oriented, suffered because of it.

Near the peak of his popularity Willie collapsed a lung, and had to recuperate in the hospital for a time.  While there, he planned his 1983 album Tougher Than Leather.  It marked a return to the stripped-down old-time acoustic country sound of Red Headed Stranger.  It ends up being Nelson’s finest album of the decade by a fair margin.  He had a lot of range, but he was always known first and foremost as a country artist for a reason.  He plays to his strengths here.  There are some old tunes and even some traditional chestnuts like “Beer Barrel Polka” tossed together with another loose (and barely recognizable) concept.  This time it has to do with reincarnation — a topic Nelson genuinely believed in.  The time spent on thinking this through provides warm returns.  This is the most consistent and convincing album Nelson would deliver for a while.  The reason may well be that being less reliant on his band and having more time to himself in the hospital Nelson freed himself briefly from the confines of his entourage.  This may not be his finest moment compared to the entirety of his career, but renditions of the likes of “My Love for the Rose,” “Changing Skies” and “Summer of Roses/December Day” (and more) are very good.