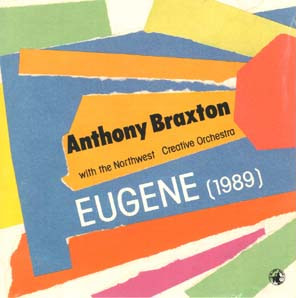 A good one, though somehow falling just shy of being one to recommend without qualification.  Braxton, himself, plays exceptionally.  He sounds particularly enthusiastic in his solos.  The synthesizer, which is surprisingly reminiscent of late period Sun Ra (in a good way), is nonetheless as dated as a silver lamé jumpsuit from a 1960s sci-fi movie.  This live recording is also a merely adequate document of the performance at times, without the richness that surely must have been felt in-person at the performance. And Braxton on alto sax is often buried in the mix, but that’s not a major problem.  The album’s main strength is that despite featuring such unique and daring music, it maintains fluid and almost upbeat qualities that definitely stand out.  When this music gets going it is really fresh.  The use of electric guitar to produce crunchy yet sinuous blocks of sound anticipates John Shiurba and Mary Halvorson‘s work with Braxton more than a decade later, though the instrument has a relatively minor role here.  The best parts of the album are those reinterpreting big band jazz in new ways.

This album marked something of a turning point in Braxton’s orchestral jazz music.  It was the beginning of a new phase that left behind many of the reference points to traditional big band jazz that appeared sporadically through many earlier works and recordings.  Influences from some of Sun Ra‘s and Ornette Coleman‘s large-scale works became a little more clear.  Braxton also was transitioning to bands made up of students, as he would do with smaller groups as well.  Braxton may have better large ensemble recordings but this one represents an important change in approach that relied less on having “professional” musicians in large numbers available.  Even the Braxton novice will catch on to this quickly.