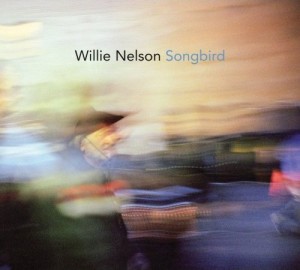 The problem with Willie Nelson’s late career has been to find a convincing reason to bother recording yet another album.  He always had eclectic tastes and a fairly broad range to dabble with jazz, traditional pop, rock, and other little undercurrents in his music.  But he has already been there and done that.  Like the toils and troubles of Gene Hackman‘s character in Nicolas Roeg‘s Eureka (1983), who spent his life searching for a big gold strike and then hits it (right at the beginning of the film) only to struggle to find purpose for the rest of his life; it raises the question, “What next?”  Nelson has tried and succeeded in so many ways, there is a tendency to be lazy in the aftermath.  He has long had a lazy streak, which can be exacerbated by his new age fatalism — a sort of lopsided Zen practice that passively hopes for the best (with very much an emphasis on the “passively” part).  Much of his 1980s output smacked of pale attempts to recreate past successes, often with diminished enthusiasm.  It hasn’t helped that his enforced mantra of “positive thinking” largely stripped away one of his biggest talents: putting a good-natured, positive spin on hard, desolate music.  It’s that, plus a lot of Nelson’s increasingly half-hearted efforts in easy listening pap have tended to be quite commercially successful, providing all the wrong sorts of encouragements.

Songbird pairs Willie with Ryan Adams & The Cardinals.  Adams produces too.  This is something of an attempt to recreate the success of Teatro, by again pairing Nelson with a producer having solid rock credentials.  While there’s little doubt that Songbird tends toward pretty muted statements, it’s also a pleasant and consistent listen.  Adams keeps this fairly mellow and inoffensive, but his band The Cardinals succeeds in giving Willie accompaniment that is contemporary without feeling forced into some sort of faddish sound.  The title track is a Fleetwood Mac cover, and definitely the best offering here.  Willie doesn’t exactly turn in many committed performances, but even on autopilot his vocals suffice.  The closer “Amazing Grace” is a spooky, weird rendition, almost as unexpected as John Cale‘s deconstruction of “Heartbreak Hotel” on Slow Dazzle 30 years earlier.  Yet another cover of “Hallelujah” is filler here, but, if you must have filler, why not a classic Leonard Cohen tune?  While Songbird may not be Willie at his finest, and it may not always be exciting, it still works as sort of an inoffensive album of undemanding indie/alt country.