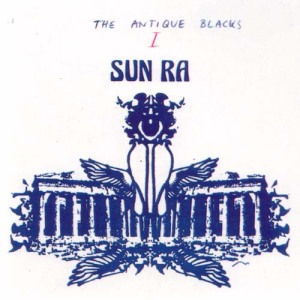 The Antique Blacks fits on the continuum of albums Sun Ra made in the 1970s with electric instrumentation and fusion-influenced stylings, like “The Night of the Purple Moon” and The Great Lost Sun Ra Albums: Cymbals / Crystal Spears from earlier in the decade and Lanquidity and Sleeping Beauty later on.  An unknown electric guitarist (possibly a young Dale Williams or someone named “Sly”) armed with a wah pedal lays down some fervid licks much like what Pete Cosey was doing with Miles Davis around the same time period, though without the same nuance as Cosey.  John Gilmore is of course great on sax.  Many songs, like “There is Change in the Air,” feature free-form improvisations from the whole group and solos interspersed with spoken word passages where Sun Ra recites cryptic and confrontational poetry thick with references to afro-consciousness and socio-political issues and deeply imbued with biblical and cosmic overtones.  Other tracks feature some nice group chants.  This is a good disc, even though there are more impressive ones from the era.  The highlights are a choice reading of “Space Is the Place” and some noisy keyboard soloing — comparable to that of Concert for the Comet Kohoutek — on “Would I for All That Were.”  Ra’s spoken word readings are noteworthy too.  While people who lived in close proximity to Ra probably knew full well that he could rant with the best of them, as he regularly distributed leaflets and preached on street corners about various topics of intergalactic significance (some books like The Wisdom of Sun Ra: Sun Ra’s Polemical Broadsheets and Streetcorner Leaflets have posthumously documented those activities), this album is one of the few times that aspect of Sun Ra’s life directly manifested itself in his recordings.