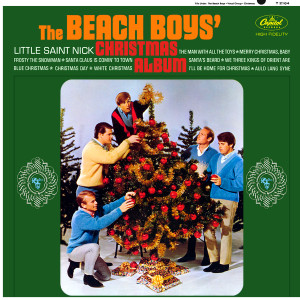 The Beach Boys’ Christmas Album is short, at less than thirty minutes, but has the classic “Little Saint Nick” and some other good songs (“Merry Christmas, Baby,” “We Three Kings of Orient Are”).  It’s decent for what it is, but it’s nothing essential.  The songs with orchestral backing sound almost like instrumental tracks cut for Frank Sinatra or Bing Crosby on which somebody slapped Beach Boys vocals.