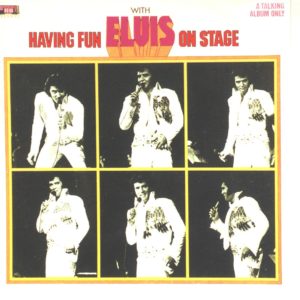 Elvis – Having Fun With Elvis on Stage Boxcar Enterprises (1974)

Elvis had a contract with RCA records that required him to deliver a certain number of albums on a specified schedule.  The problem was, Elvis developed something approaching a fear of the studio and, with a somewhat deteriorating mental state dogged by depression, he could not deliver new music.  Coming to the rescue, his manager Col. Tom Parker assembled the chaff of live concert recordings — the between-song banter — and released it as Having Fun With Elvis on Stage.  Aside from all that, what is amazing is that RCA actually accepted this album and released it, perhaps desperate to make a buck off anything with Elvis’ name on it, placing it among the most bizarre major-label releases in history.  It’s also rather sad in how it reveals that Elvis’ health and well-being weren’t really at the top of the list of priorities for his record label or many of the people around him. 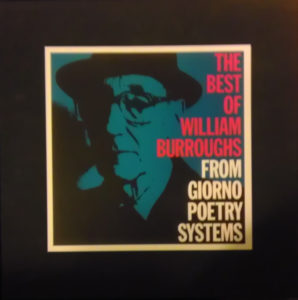