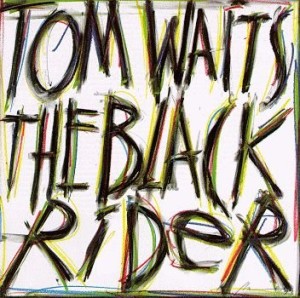 I’ve never been fully satisfied with The Black Rider.  It was created as part of a theater production of the same name that joined Tom Waits with one of the century’s greatest writers (William S. Burroughs) and one of the world’s most respected theater artists (Robert Wilson).  There is a weak link though…and it’s Tom Waits!  The story (thanks to Burroughs) is a brilliant parable.  I have not had the opportunity to see a theater production of the work and judge Wilson’s contributions, but reliable sources have raved about it.  So why can’t this album hold up?  Well, it has its moments.  But too often Waits gets ahead of his compositional abilities, trying too hard to sound like a latter day Kurt Weill or something.  Underneath it all, there is still something amazing about this album.  Too bad Waits couldn’t pull it together like on Bone Machine.