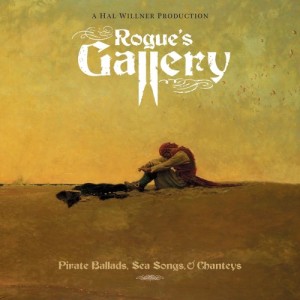 Meh.  These kinds of albums rarely fully succeed.  There is some great material, but some truly horrible performances too.  As to the best stuff, I would point to Loudon Wainwright III‘s stunning rendition of “Turkish Revelry” (which was written back in 1635 or earlier and titled “The Sweet Trinity” when collected by Francis Child, but also known as “Sir Walter Raleigh Sailing In The Lowlands”, “The Golden Vanity”, “The Golden Willow Tree” and other name variants — The Carter Family recorded it as “Sinking in the Lonesome Sea“) and the two Baby Gramps songs.  Other decent stuff is Richard Greene and Jackshit‘s “Shenandoah” and Lucinda Williams‘s “Bonnie Portmore”.  Yet, I feel obligated to warn that some of this stuff is just so terrible as to kind of ruin the whole album.  As the liner notes attest, it seems a few artists just kind of showed up at the studio and played whatever, without familiarity with the material or much rehearsal.  The results in those instances seem to be as terrible as circumstances would suggest.  This album is not good enough to recommend, except for the Loudon Wainwright and Baby Gramps tracks, which are great and well worth seeking out.