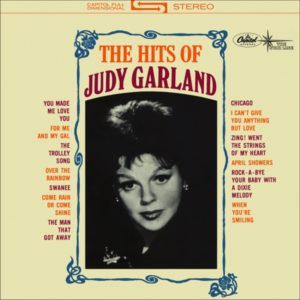 Watch That’s Entertainment! and listen to The Golden Age of Movie Musicals, and by comparison Judy Garland’s talents will be immediately apparent.  She had energy and character.  She never shied away from her slightly swallowed midwestern accent.  In concerts she recognized her star status but made overt efforts to connect with her audience without condescension or pretension.  She avoided overt pandering too.  In an era of when everything from racism to cronyism to plain stupidity kept plenty of under-qualified entertainers in the limelight, Judy seemed to actually earn her time there — even if that dedication contributed to her well-documented personal issues and substance abuse.  She became a camp icon for good reason.  This particular compilation isn’t definitive.  While these songs may be Garland’s hits, these recorded versions generally aren’t canonical ones.  Many — if not all — are live and probably from Garland’s many concert performances from the 1950s, though the album sleeve gives no indication of the origins of the recordings. She is still backed by talented orchestras, finely-crafted arrangements, and the sound fidelity loses nothing despite being live.  Here’s to Judy. 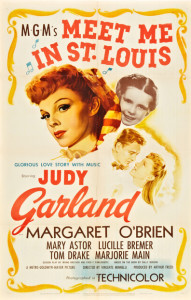 Probably the scariest movie I’ve ever seen. The plot revolves around a family so fearful of any and all changes from their preconceived notions of life in America (without the family ever questioning those preconceived notions) that they are literally doomed to live in the aftermath of the past. Horrifying. A good movie.