To my mind, this is Hancock’s finest long player.  It’s the last album from his Mwandishi Sextet.  Most impressive was that this was the first for his new major-label contract on Columbia.  Different times…  Like the last two sextet albums, this is less concerned with melody and conventional song structure, but now things are getting funkier.  Influences from what Miles Davis was up to around this time are pronounced.  This is up there with the very best that the fusion era had to offer. 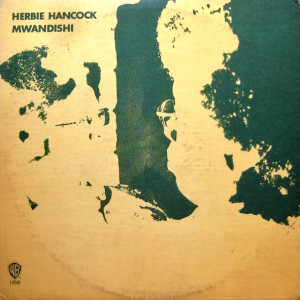 Herbie Hancock dove into the fusion movement with his Mwandishi sextet on the albums Mwandishi, Crossings and Sextant.  In a way, the group was under the influence of Miles Davis, always operating in sight of Davis’ classic Bitches Brew.  That should come as no surprise given the Davis alumni represented in Hancock’s group.  The sound of Mwandishi is reminiscent of early Weather Report, another Davis-related group.  But if one thing distinguishes the approach of Hancock’s sextet, it’s the way they adapt the equal shares improvisational techniques of The Modern Jazz Quartet to the fusion era.  There is a balance and equality in the performances of all the players, without orderly rounds of solos that divide the group into soloists and accompaniment.  Players comment, add coloring, and drift away almost as they please.  There are hints of the popular funk Hancock’s Head Hunters group would pursue a few years down the road, but those appear just in snippets that arise only to subside amidst the modulating soundscapes.  More so than in the Modern Jazz Quartet’s era though, there is a looseness in the song structures.  The freedoms of the new thing of the 1960s had been internalized to the point where Mwandishi sounds comfortable without linear song progression.  One complaint some may have is the almost troubling closeness of some of this to new age music — a complaint also frequently leveled at Weather Report.  That is probably unfair, given that the similarities are mostly superficial.  In all, this may not quite be a landmark of the fusion era, but it is another good example of how the early fusion era seemed endlessly creative in ways the later fusion era often did not. 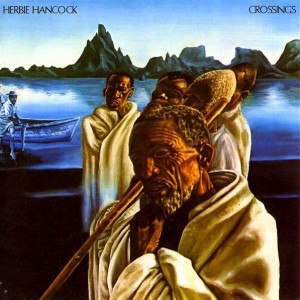 Herbie Hancock’s brief tenure on Warner Bros. Records was somewhat akin to Thelonious Monk‘s tenure on Prestige Records.  Both tend to be relatively overlooked periods tucked in between more widely known recording periods.  For Monk, his early recordings for Blue Note Records have become as highly regarded as any recordings of the 20th Century, and later albums for Riverside are fan favorites.  Yet that middle Prestige period was a fertile one that debuted many classics of the Monk songbook.  For Hancock, his early recordings for Blue Note Records have long been the subject of the mainstream jazz hype machine, with a couple of those early albums — like Maiden Voyage — frequently mentioned alongside works as well-known as Kind of Blue, and then his decades-long association with Columbia Records producing some of the best-selling jazz of all time with Head Hunters and the like.  But the middle period on Warner Bros. Records was when he radically changed his musical vision.  He reached out into fusion territory.  While Hancock’s vision wasn’t unprecedented, drawing heavily from pioneering work by Miles Davis, it was distinct.  And his early fusion recordings displayed more genuine experimentation and creativity than the near-pandering qualities of some of his later fusion efforts.

Crossings was recorded with Hancock’s Mwandishi sextet, which also recorded Mwandishi and Sextant.  Compared to its predecessor, Mwandishi, the musical approach of Crossings is quite similar.  Though if anything the band goes out a little further here.  The word most often applied to this music is “atmospheric”, and there is probably no question about that description.  Rock-oriented showiness is nowhere to be found.  What distinguishes this music from most other fusion of the day are its long-form conception and its slow, smoldering tempos.  The balance of collective and individual improvisation was key to the success of the album’s mellow yet searching tone.  An enjoyable listen, and surely among Hancock’s very best recordings, even if Sextant proves to be still better.