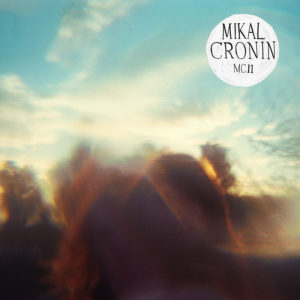 Take doo-wop and orchestrally inflected glam rock of the early 1970s (Wizzard, T. Rex et al.), combine with lyrical sensibilities resembling the mellower power pop of Alex Chilton and Big Star, and add just a hint of The Beach Boys influence, and you’ll have something very much like Mikal Cronin’s MCII.  It’s an album that welcomes the kind of grand, up-beat yet hesitant melodicism that permeated the aforementioned groups in the early 1970s.  Yet it updates things with an affinity for noisier guitar, which clearly places this after the punk explosion.  In all, its a wonderfully heady brew of positive thinking and soul searching.  (And there is none of that annoyingly common whiny, “twee” singing to be found here either!).