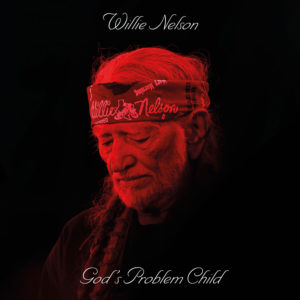 Most musical artists still recording past the age of 70 tend to slow down and mellow out.  There are exceptions of course (Yoko Ono, Elza Soares, Tom Zé, Scott Walker).  But they tend to just prove the rule.  In the twilight of his life and career, Willie Nelson has certainly not slowed down, still cranking out albums and touring incessantly, but he has mellowed some.  In particular, he has indulged his fondness for western swing more and more often.  There is some of that here.  Though mostly God’s Problem Child emphasizes the slick contemporary country style of many of producer Buddy Cannon‘s collaborations with Willie.  The best thing here is probably the novelty song “Not Dead Yet,” reminiscent of Tom T. Hall or Johnny Cash.  It is an age-appropriate song for the 84-year-old Nelson.  On the whole, this is just another of those decent but unremarkable albums of which Willie has so many.