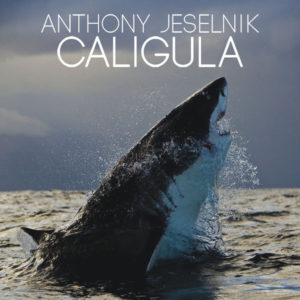 I haven’t heard this album, per se, but I saw the TV special of the same name and presume it’s identical.  Jeselnik has a very well-defined schtick.  He delivers “conventional” jokes, rather than telling stories, etc.  His humor is based largely on misdirection, a bit like Rodney Dangerfield, etc.  But his version of misdirection takes on a new dimension.  He usually takes positions that are considered socially taboo or even undiscussable and feigns being a sociopath (as others note, just a step beyond Craig Kilborn et al.).  Often that means jokes premised on hilarious false/extremist dichotomies.  So, he implies he’s a rapist, that christianity is worse than pedophilia, and that others’ deaths and disabilities are an inconvenience to him.  Often he does this by simple grammatical errors, like substituting the present tense “has” for the past-tense “had” to send the audience a false message before the punchline of a joke.  What was kind of interesting in the TV special routine was that in the middle of the show he does this has/had joke involving his brother as a character, but then he finishes up the show with a very similar joke where he kind of “calls out” somebody else for doing essentially the same thing (using “is” instead of “was”).  Jeselnik drops hints all over the place that almost everything he says is a complete fabrication (though I wonder about his comments about being an atheist).  What I like about him is that he’s found a way to actually create some kind of rudimentary social space to discuss or at least think about some (liberal) social taboos, at least by calling attention to them.  It’s a kind of mild meta-humor that recalls Neil Hamburger just a little, but with more general social norms on the table in place of specifically comedic norms.  [Edit: it seems like Adam Kotsko‘s book Why We Love Sociopaths: A Guide To Late Capitalist Television makes an argument similar to this review]