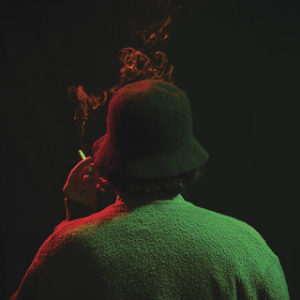 Jim O’Rourke has defied expectations his entire career.  His pop albums (Eureka, Halfway to a Threeway, Insignificance, and The Visitor), efforts as a producer, and stint in Sonic Youth garnered him the most attention.  But he stepped away from the limelight and moved to Japan — get the entire back story in the excellent article “Eureka” in Uncut (July 2015).  Simple Songs is another pop album, steeped in 1970s prog rock but done up the O’Rourke way.  The music is incredibly intricate.  Hardly a second goes by without some sort of shift in meter, instrumentation, lyrical focus…something.  Yet O’Rourke never makes the music self-consciously weird.  He always keeps the music immediate and catchy.  In a way, this album is a kind of tribute to the music of his formative years.  Though rather than fawning reenactments, he treat the project with unwavering determination, as if he has to earn the right to indulge his favorite pop-rock idioms by putting extra effort into the production.  Lyrically, he is back again with  veiled and not-so-veiled misanthropic rants.  But these are not really mean spirited so much as they are a device to draw in the audience and build a rapport.  Much like trading insults to forge a friendship, O’Rourke alludes to the baseness of humanity, throwing himself in with that ignoble lot too.  While I never formally met O’Rourke, many years ago I was at a concert festival where he played bass in a band and then he stood next to me during Borbetomagus‘ set.  Unlike one of his band members, who played the role of arrogant star, O’Rourke seemed like a perfectly normal guy.  That same normal but talented guy comes through on this record.

Maybe Simple Songs won’t be for everyone.  It is pop/rock music, but of a kind of introverted kind.  But chances are anyone inclined to like this at all will love it.