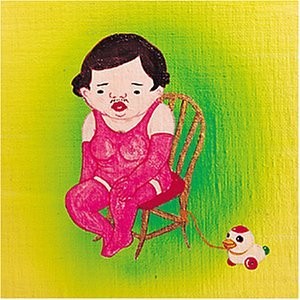 I’m not entirely sure why, but somehow Insignificance seems to be one of the great albums of its age.  As a lyricist O’Rourke may not be Bob Dylan, even if most of the time he’s channeling the same mean spirit that populates “Positively Fourth Street” or Blood on the Tracks.  He’s also probably not anyone’s idea of a charismatic singer.  But pairing the underachieving, utter non-event of the words and vocals with the the nuanced, finely orchestrated — yet still hard driving — instrumentals and arrangements is a masterstroke of genius.  Dylan carried the soul of the Beat generation to someplace new.  O’Rourke carried the angst of alternative and indie rock to its pointedly ironic pinnacle.  This music has an empty sophistication and sense of aimlessness that mark it as something totally representative of its time.  I find the fact that it’s somewhat unnoticed to be all the more a hallmark of the diffuseness of everything it stands for.