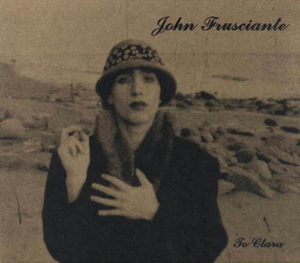 Frusciante’s solo debut is too self-consciously weird for its own good.  But that doesn’t stop it from being interesting and having a few memorable tracks (“Untitled #2” and “Untitled #6”).  Bear in mind that this came before Frusciante learned how to sing and that is a nagging problem.  Editing back the run time and editing out the vocals might turn this into something better.  As it stands, head for the man’s excellent batch of albums from a decade later, and only return to this if you want lo-fi bedroom recordings that sit on the weirder end of the continuum that includes Todd Rundgren, R. Stevie Moore, Jandek, Daniel Johnston, Cody ChesnuTT and Ariel Pink’s Haunted Graffiti.