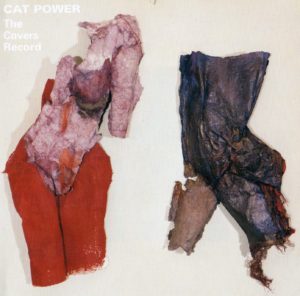 Chan Marshall recorded her breakthrough album Moon Pix in Australia with members of the instrumental post-rock band Dirty Three.  Some of the mood of Dirty Three “epic instrumentals” — minus the crescendo-ed finale — works its way into The Covers Record, a collection of stripped down acoustic renditions of a wide assortment of rock, folk, blues and pop.  Marshall performs solo for all but one song.  Her guitar and piano has an ethereal reverb/sustain that perfectly suits her aching, breathy vocals.  Most of the songs are completely recast.  Some are hardly recognizable.  But that is a good thing.  Everyone seems to have a different favorite on this record.  For me, it is a toss-up between “Naked, If I Want to” and “I Found a Reason.”  As reviewer BradL wrote, “The frail, slow, almost motionless mood won’t be to everyone’s liking, but it’s easy to get sucked in by the record’s power.”  That power?  It is the very elemental and arresting sense of making these cover songs personal statements, in a slow, deliberate, and above all vulnerable manner, due mostly to just the arrangements and vocals.  This is to a different era what albums like Dez anos depois, La question or João Gilberto were to an earlier one.