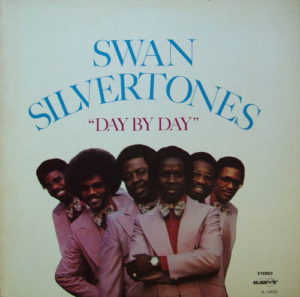 Much like The Soul Stirrers and Fairport Convention, The Swan Silvertones were recording long after the original members had left.  The current group was led by lead singer Louis Johnson.  The songs all have a Memphis soul feel.  There are none of the intricate vocal harmonies of years past.  Louis Johnson still has a good voice, though he doesn’t seem to have the range he once did.  The new singers aren’t prominent enough to be memorable here.  Still, the mellow sound of the album has its charms.  This might just be the best offering from the group’s years on Savoy Records.