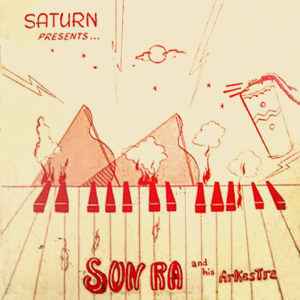 This early offering from Sun Ra is more for completists.  That is to say the converted will appreciate this more than the unconverted.  It’s nice enough, if a little rough in the performances and recording fidelity.  There are certainly hints (“India,” “El is a Sound of Joy,” “Medicine for a Nightmare”) of what was to come.  But all we really get are hints, or, at least, undeveloped sketches and first passes.  As a composer, Ra was clearly still developing.  There is more hard bop here than on any other Sun Ra album, and bear in mind that hard bop sort of represented the mainstream in jazz at the time.  But those hints at other things are as weird as anything you could find in the late 1950s — like Ra’s early model electric piano on some of the first few songs.  On the whole, though, the results are not quite as impressive as other Ra recordings from roughly the same era when the Arkestra was based in Chicago. “Kingdom of Not” and “Advice to Medics” are my favorite tracks.