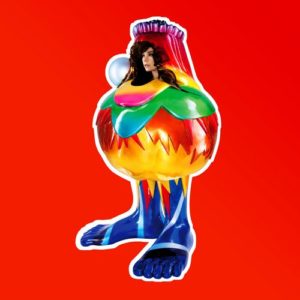 Björk has established herself as one of the more interesting mainstream acts of her era.  She is quirky and charming in a way that exudes a convincing innocence and naiveté — if always grounded in a sort of melodrama that keeps her firmly connected to the pop charts.  Her time in the spotlight was drawing to a close, but Volta is an interesting record even if it is also an uneven one.  The duet with Antony on “The Dull Flame of Desire” is quite nice, and some punchier, more dance-able grooves than usual are elsewhere near the top of the album.  But things cool off considerably after the first four songs.  The very weakest stuff tends to be the rather straightforward balladry and slower material, where it becomes apparent that anyone who has been listening before has already heard it done better.  Still, the best Volta has to offer ranks among Björk’s very best.