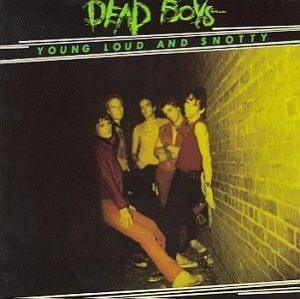 The best songs on Young, Loud and Snotty were ones carried over from the Cleveland cult band Rocket From the Tombs.  There is no question that the available recordings by Rocket From the Tombs are far superior, including both the demo and live versions (The Day the Earth Met the Rocket From the Tombs) and the reunion recordings (Rocket Redux).  But I once heard Iggy Pop say that sometimes you need a stupid record.  For stupid, thick-headed rock and roll, it’s hard to beat the Dead Boys.