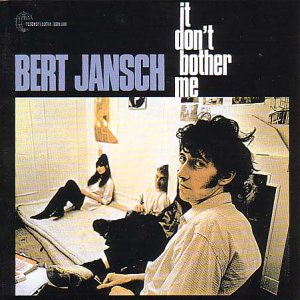 People tend to like this much less than the Jansch albums that bookend it (Bert Jansch and Jack Orion).  While it certainly scales back the displays of virtuoso fingerpicking from his eponymous debut, the casually evoked moods here seem of the times in a way that neither the album immediately before nor after this did.  It is more earthly and transparent.  And it leans toward wistful and somber reflections on the new possibilities of 1960s counterculture.  This is close to John Fahey of the era, but with vocals that add a new dimension.  I for one think this is another great one — up there with Jansch’s very best.