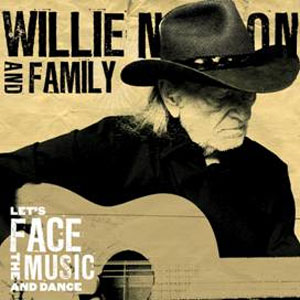 If you have followed Willie Nelson’s later career — and before his surprise hit Band of Brothers you probably haven’t — he has continued to shuffle between styles.  The occasional effort sounds a little more contemporary, but plenty look back to old-time western swing and early 20th Century pop, and sometimes jazz.  Let’s Face the Music and Dance is a grab bag.  The title track is an easy listening version of the sound from arguably Willie’s best late-career album, the austere Tex-Mex album Spirit.  “Is the Better Part Over” is yet another re-visitation of one of his old songs (from the late 1980s effort A Horse Called Music).  Most of the standards here seem to build on his American Classic, but with his regular touring band providing more country flavor than the jazz combos of that earlier effort.  Not surprisingly, the best here is “You’ll Never Know,” with Willie’s not-so-secret weapon his sister Bobbie featured prominently on piano.  This one is par for the course for Willie’s august years and hardly a standout, but it is more proof, if any more was needed, that he’s still not finished yet.