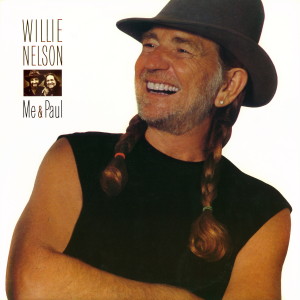 Me & Paul is largely a collection of old songs, many of which Willie had recorded before.  If the late 1980s were a low point of his long career, then this album is at least the best of his worst period.  There are hints here of a rambling man who once took country and rock music in both hands and cut them together, traits that were largely erased from his recordings that increasingly gravitated toward easy listening and pop sensibilities.  Granted, the flat, sterile 80s production values harm the songs more than they help — every re-recording here is inferior to the older one(s).  Anyone already a Nelson fan will find this mildly enjoyable, even if it won’t be the Nelson album they reach for most often, though the “presentable” slickness of these recordings won’t win many new converts to Nelson who shone brightest when he went just a little more against the grain.