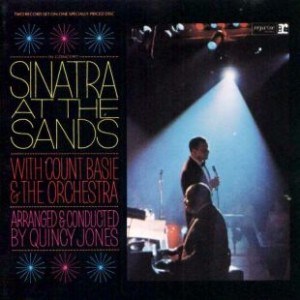 Sinatra with Count Basie, arranged by Quincy Jones — what’s not to like?  Well, for starters, Sinatra was starting to sound a little sluggish in his vocals, and the Basie Orchestra was kind of an anachronism by the 1960s.  This is music from Sinatra the institution, and as such lumbers along in adherence to a formula that leaves little room for spontaneity or individualism.  The song selection pares away the more youthful love songs in favor of quite a few about longetivity and nostalgia.  Still, even if this represents the artist past their prime, it still beats most of the lounge concert records that Broadway singers without any swing released in this era.  Not a great one, but fans will get reasonable enjoyment from it.