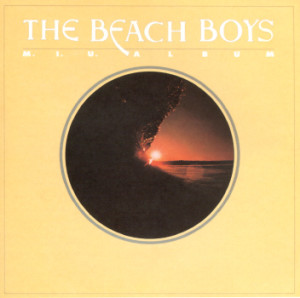 M.I.U. Album is not quite as bad as its reputation suggests.  That isn’t to say it’s a particularly good record.  The first two songs and even “Pitter Patter” have some good energy, but this is slight at best, and typically quite nondescript.  The band sounds rather disinterested and unmotivated most of the time.  The vocals can be downright lazy.  There is nothing memorable here — except maybe the so-weird-it’s-funny “Hey Little Tomboy”.  But slight or not some of the songs are good fun, and the production is serviceable.  This doesn’t induce quite as many cringes as say, The Beach Boys seven years later.  Make no mistake, though, there definitely are still cringe-worthy moments here, particularly at the end (“My Diane,” “Match Point of Our Love,” “Winds of Change”).  Truthfully, if the Boys had taken the best material from this album and their next one L.A. (Light Album) and made just one album from it, they would have had something decent, or at least better than either one individually.