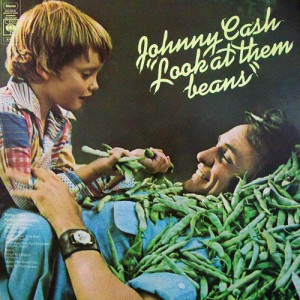 A ho-hum affair.  There aren’t any real duds, but nothing to particularly impress either.  The best is probably the rollicking “I Hardly Ever Sing Beer Drinking Songs,” which comes across something like a warm-up for his minor comeback novelty hit “One Piece at a Time” of the following year.  By 1975, Cash was fairly consistently recording in a more contemporary style rather than the folky and frequently acoustic style established with Hello, I’m Johnny Cash.  This new sound often had a kind of Texas barrelhouse or Bakersfield Sound flavor that seemed like a reaction to the Outlaw Country movement and the likes of Jerry Reed.  Elsewhere string arrangements are common.  A few tracks have a horn section, which seems to neither add a lot nor take anything away, it just sort of changes things up in a Herb Alpert & The Tijuana Brass sort of way.  This is not the Cash album anyone is likely to reach for first, though fans will probably enjoy it well enough once its playing.  He would go on to make quite a few more albums similar to this in varying degrees.