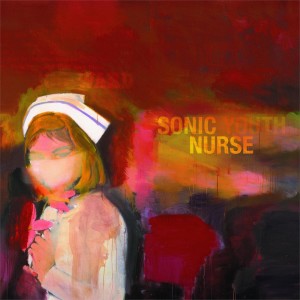 And suddenly, after a string of excellent — if frequently under-appreciated — albums, Sonic Youth deliver a backwards-looking dud.  Sonic Nurse isn’t a bad album, so much as a boring one that traverses territory very familiar to the band.  The opening “Pattern Recognition” sounds like the Youth of the late 1980s (Daydream Nation), just sort of older-sounding, er, “senior”-sounding?  Maybe that is what listeners wanted, after the band explored new and different approaches for the previous few years this album won them many more accolades.  But none of the noise at the end of “Pattern Recognition” comes close to, say, “Karen Revisited” from Murray Street.  The lengthy jam “Stones” is a really good one that nonetheless at times seems like just a more melancholy retread of “Rain on Tin” from Murray Street.  Another of the best songs here is “Unmade Bed” which is a dad-rock version of the the mellow noise ballads the band had been exploring since the mid-1990s.  It has abrupt transitions between noisier guitar solos and sparser yet also choppier vocal segments — reminiscent of Experimental Jet Set, Trash and No Star.  Nothing flows.  Overall, if there is one thing that disappoints more than others it is Jim O’Rourke‘s electronic noise, which seems more of an afterthought, and for that matter tends toward the obvious more than it should. These songs always seem to undermine themselves just as they start to get going — much like the self-consciously frustrating approach of O’Rourke’s later solo album The Visitor.  Giving this album a listen ten years after first release, it isn’t bad, but still seems fundamentally nostalgic and sentimental in ways that are contrary to everything that this band used to stand for, making this almost their Achtung Baby moment.