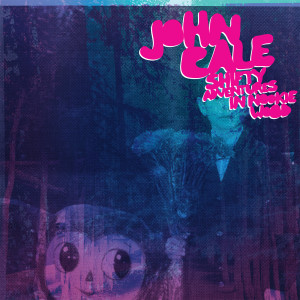 It’s 2012 and both John Cale and Bob Dylan have new albums  What do they have to offer?  On Tempest, Dylan is operating in old man mode.  He’s interested in a time-worn kind of songwriting, that could have very well passed for something written decades ago — even before Dylan’s career began in the early 1960s.  It’s updated, a little.  But the key is that he’s not really interested in what is happening around him in the music world.  His style exists on its own, carried as long (or as short) as that takes him.  As it turns out, it finds him stuttering, with some stellar tunes (like “Duquesne Whistle”) and some that are much less than that.  In all Dylan is largely back on his bad habit of lazy blues riffing (what he really cemented with World Gone Wrong).  And there you have it.  Dylan remains Dylan, a sometimes insightful but always unshakable and inscrutable curmudgeon.

Cale’s approach could hardly be more different.  As usual, his lyrics are sly, a little bit witty, with clever and intelligent themes but often fumble about short of a poet’s touch.  But what stands out is his clear intent to sound contemporary.  He has auto-tuned vocals that could easily have come from the latest R&B/hip-hop/dance hit.  He’s pretty competent, and not for a second does he seem to lack an understanding of contemporary pop.  Though he never seems to really, really love what he’s offering here.  At times, there are hints of some of his old songs from the 70s like “Mary Lou,” seamlessly re-purposed, though by the same token it’s also hard not to think of them being re-used in place of an original hook.  In the end, this is a continuation of the interest in modern musical production methods that began with Hobo Sapiens, though Shifty Adventures in Nookie Wood, despite always being eminently listenable, lacks the pathos, the silly humor and personal feel of that former achievement (which has held up quite well almost a decade later).  It may be a reality of making the songs more amenable to live performance.  Despite some stellar support Cale has struggled to make the Hobo Sapiens songs work in concert.

Dylan may be less than a year older than Cale, but on this evidence they seem to inhabit different worlds.  It’s a wonderful thing to find musicians still active after all these years having the freedom to take such divergent paths.  Neither really delivers at his best.  For Dylan, he soars and he sinks, and the sum total is an uneven affair that is best taken in only select doses.  For Cale, he rides an even keel, and even gains some momentum across the album, but you probably won’t find any of his tunes stuck in your head.