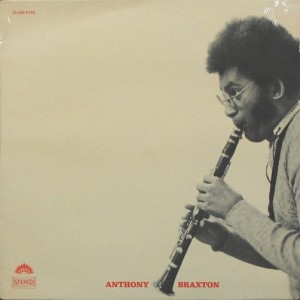 An album documenting Anthony Braxton really coming into his own, with his best work just around the corner.  His own playing is more assured than before.  The tendency with Braxton’s early recordings is for the willful complexity of his compositions to be alienating.  Incorporating some standards into his recording repertoire evidences how he softened that alienating effect and strengthened his playing across the board by expanding his palette.  The band here is good, though not as nimble and imaginative as some of the great bands Braxton would lead in later years.  Just a week after recording the material here Braxton recorded the solo performances on Saxophone Improvisations Series F.  And a few months later Braxton presented a spring concert in New York City, portions of which were later released as Town Hall 1972, which bears similarities and features some arguably superior performances, although the song selections on that live album put less weight on Braxton’s growing use of standards juxtaposed with new music than Dona Lee.