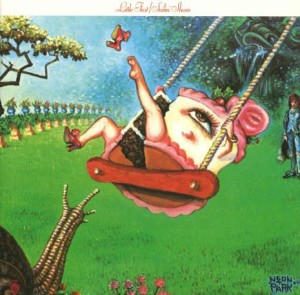 Sailin’ Shoes may be the best Little Feat album.  I like the eclecticism of their debut, and this one tones that down a bit.  But the focus and polish here works for the band rather than against them.  The songwriting is again superb, thanks to Lowell George.  It embraces rather than fears the weirdness out there in the world.  I wish all southern/classic rock held up this well.