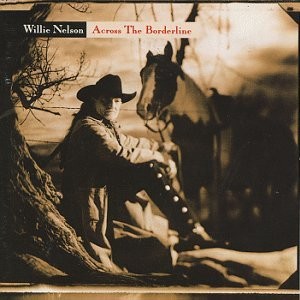 It’s hard to mention Willie Nelson’s name without two things immediately coming to mind: marijuana and the IRS (Internal Revenue Service).  It’s the latter that provides the backdrop for this album.  Due to reliance on investment advice that turned out to be fraudulent, Willie accumulated a tax debt to which the government added numerous penalties so that it ballooned to many millions of dollars.  As it turns out, Willie didn’t manage his money well and his star (and record sales) had faded, leaving him without the funds to pay the bill.  So began a period of years when friends and fans purchased his old assets and sold them back to him–often for pennies on the dollar.  He even released an album direct-marketed over TV, The IRS Tapes: Who’ll Buy My Memories?, to help pay the IRS.  Eventually Willie won a lawsuit over the accounting firm that gave him the investment advise originally, and he settled the IRS debt and returned his full attention to the music business.  The first album after the IRS days drew to a close was Across the Borderline.

This album shows more promise than anything Willie had done since the mid/late 1970s.  Paul Simon‘s “American Tune” is a fantastic opener, and there is more great stuff in store like John Hiatt‘s “(The) Most Unoriginal Sin.”  But, the album doesn’t quite hold to that high standard throughout.  It feels like Willie is trying to follow the same path as Bob Dylan by recruiting a rock producer, Don Was (plus Paul Simon and Roy Halee).  Hell, Willie even teams up with Dylan for “Heartland” and covers another Dylan tune later on the album.  After a full decade of lazy irrelevance, Across the Borderline showed Willie still had good music in him.  But it would be in the late 1990s that he delivered his best recordings since the 70s, in Spirit and Teatro.