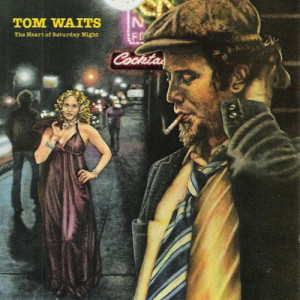 The Heart of Saturday Night sits — sometimes uncomfortably — between the California soft rock of Tom Waits’ debut and the beatnik barfly music of his later 1970s work.  His avant hobo persona was still a long ways off.  Waits is ambling in the right direction, but compared to later efforts the performances come across as too uncertain and the songwriting too muddled.  In a perplexing way, the worn out and boozy ambiance of Small Change and the theatrical and maudlin touches of Blue Valentine ending up providing the missing ingredients.  So while there is hardly anything in particular wrong with this album, Waits has done better.